Being one of the most successful and coveted premium motorcycle brands in the country, Triumph has a legacy to follow and therefore, intrigue us, journalists, with fancy new products coming up in its future line-up. After all, the manufacturer did manage to sweep away our ‘Best of 2019’ and ‘Best of 2020’ awards. That’s two consecutive years in a row!

It is also one of the only luxury manufacturers that sells its entire global product line-up in the country since India is the leading two-wheeler market in the globe. To give you an idea, it sells hard-core off-roaders, sports machines, touring motorcycles, and naked streetfighters in the Indian market. However, since the beginning of the BS-VI era last year, the Hinckley based manufacturer has to revise its product portfolio and bring in only the suitable models to the country.

This began with the Street Triple range, and others followed suit soon enough. With that out of the way, it’s time we discuss what’s up and coming in the Triumph Motorcycle range in the Indian market. So, what we have here today is the list of all the upcoming motorcycle from the manufacturer that are supposed to make their way to the Indian market in 2021. Here goes.

The name Trident isn’t all-new, even for Triumph bikes. It has resurrected the iconic Trident name from the 70s, and is, therefore, calling this new model the Triumph Trident. And since it gets a 660cc inline-three engine, which is capable of producing 80bhp and 64Nm of torque, therefore the ‘660’ suffix. The engine comes mated to a 6-speed manual gearbox and comes with an optional quick-shifter as well. Moreover, it gets an all-new chassis and suspension setup, the latter comprising of Showa upside down separate function fork and preload-adjustable monoshock at the front and rear, respectively. It is also expected to get a ton of equipment as standard, comprising a fully-digital instrument cluster, adjustable traction control and ride-by-wire throttle. Full-LED lighting is also expected to make its way to the Trident 660. Apart from that, also expect it to feature two different riding modes – Road and Rain. Triumph has confirmed that the Trident 660 will be launched in the Indian market very soon. Expect it to be priced in the region of Rs. 7 lakhs (ex-showroom) as it will be a CKD unit.

The Triumph Tiger used to be on sale in the Indian market before the BS-VI emission norms came into force. As a matter of fact, it’s sibling the Scrambler 1200 also won our hearts in 2019 and was awarded as our ‘Best of 2019’ award. The Tiger 1200 is expected to borrow its underpinnings including its powertrain from the Scrambler 1200. Therefore, the engine in question here will be a 1,215cc parallel-twin engine, expected to churn out 89bhp and 110Nm of torque. It will, of course, be mated to a six-speed manual gearbox. Like is a case with the Trident, expect the Tiger 1200 to also feature loads of technology and equipment on board. It is expected to arrive before the second quarter of 2021 in the Indian market. Triumph will price it around the Rs. 17-18 lakh mark (ex-showroom) when the bike makes its way to the Indian market.

This one’s going to be an entirely new addition for the Indian market. Say hello to Triumph’s new-age adventure sports bike, dubbed the Tiger 850 Sport. The Tiger 850 Sport will follow the formula of the Tiger 1200 as it will share the brand’s reliable platform and most of its hardware with its bigger sibling. However, going by the looks alone, the 850 Sport seems to be a fairly desirable proposition, thanks to its adventure and sporty characteristic combined in a way making it a handsome machine altogether. On the powertrain front, the bike is expected to be powered by an 888cc parallel-twin engine, which is capable of churning out 84bhp and 82Nm of torque. The engine will be paired to a six-speed manual gearbox with an optional up and down quick-shifter. Moreover, expect the Triumph Tiger 850 Sport to arrive at the Indian shores right alongside the bigger Tiger 1200. It is expected to be priced near the Rs. 11-12 lakh mark (ex-showroom). Also, grab the latest info on the upcoming bikes in India, only at autoX.

The Definitions And Differences

Sat Jan 23 , 2021
Spokane Community Faculty’s automotive technology program is an trade chief in coaching technicians for successful careers within the automotive area. Within the early Nineteen Seventies one Japanese carmaker started to fabricate cars powered by the rotary-combustion, or Wankel, engine, invented by the German engineer Felix Wankel in the early Nineteen […] 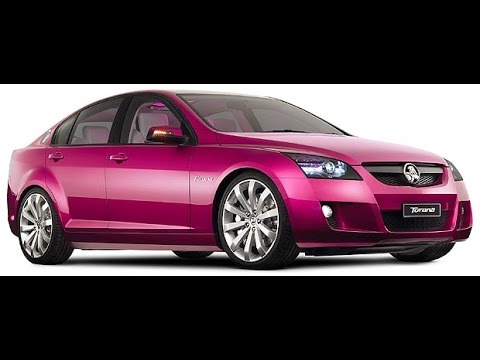